On the weekend 19./20.6. FC Santa Claus Juniorit organised the “Summer’s best match day” event in Saarenkylä stadium. We had various games from our P08, men’s and women’s team and we offered various fun games from wheel of fortune to shooting speed measurement or a game between our C-girls and the E-girls.

On Saturday, we had wonderful weather, warm and sunny. Unfortunately, most of our junior teams got assigned to away games on 19.6., so we didn’t have as many juniors joining our event as we hoped, but there was nothing we could do about the official Finnish football federation’s schedule. The people at the event were happy and in a good mood anyway.

After the last game, our men’s team and the players from Sodankylän Pallo ate grilled delicacies donated by our head of coaching, and watched the game Germany v Portugal together. The home team then continued with a sauna evening. The results of our men’s team were unfortunately not worthy of our event. 1-2 against FC PaKa (goal: Ralf), 1-4 against SoPa (goal: Nico). Against SoPa, we had four 2006-born C-juniors on the pitch for their first seniors’ level appearance ever. They did a great job! The result sounds much worse than it was, as it was a very tight game, decided by a few counter attacks towards the end of the game.

On Sunday, it rained cats and dogs, so the 8v8 women’s series was a very wet and cold event. Luckily, our men’s team’s players Useni and Cristian grilled a lot of sausages and hot coffee was available at all times as well. 😉 Our rentofutis-team played their first official games ever in their lives and despite facing strong, experienced opponents, they showed a truly wonderful teamspirit, presented themselves as a super cheerful, positive team (ina true Santa-stylee!) and partied their first official women’s team goal (Maria G) ever in the history of our club like world champions. 😀

We want to thank everyone who helped us with the event, for example the grill masters, the cafe “waiters”, our fanshop organiser and the coordonators of the fun games for the kids on the field. As well as our opponents and referees.

And a special thank you and shout out to our event-sponsor “S-Market Saarenkylä” without whom the event wouldn’t have been as successful as it was. 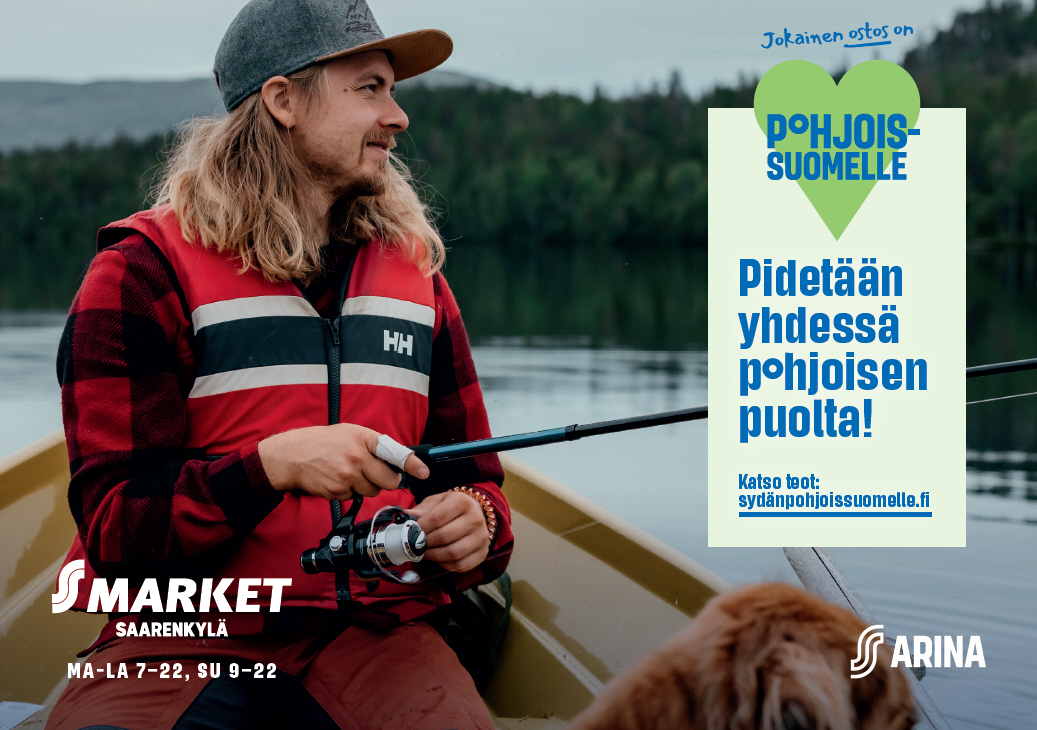 Here are some impressions from the event: 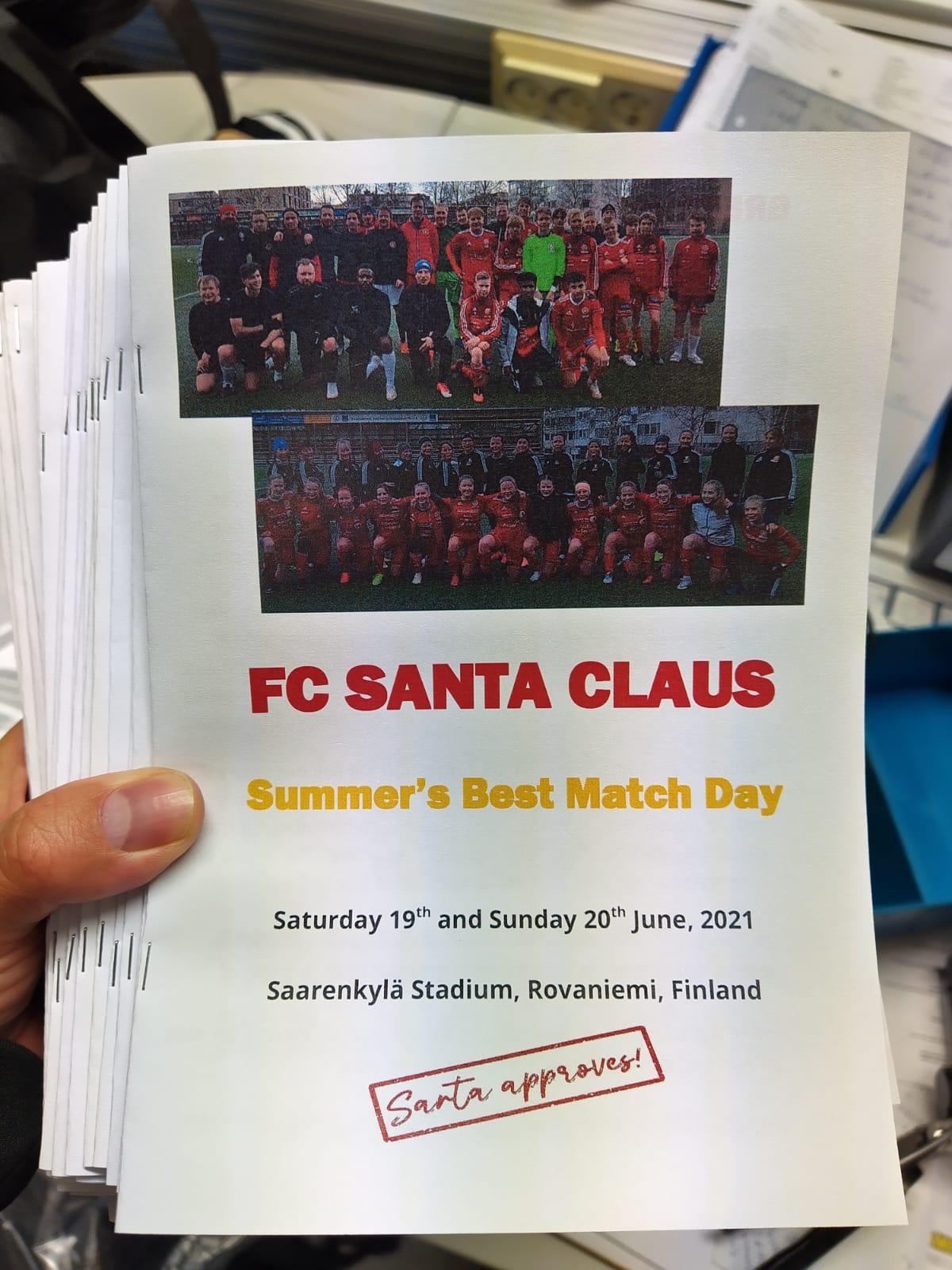 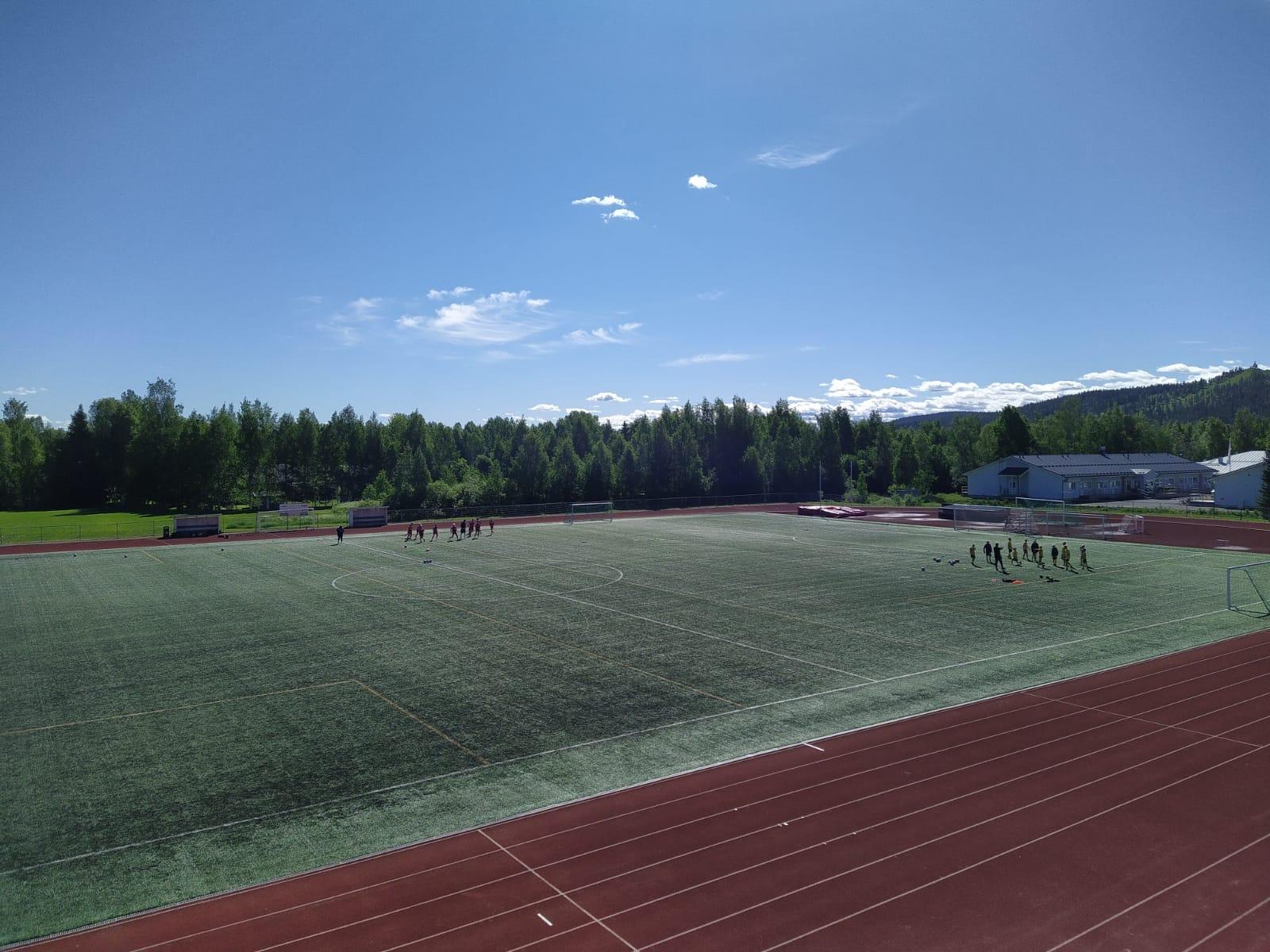 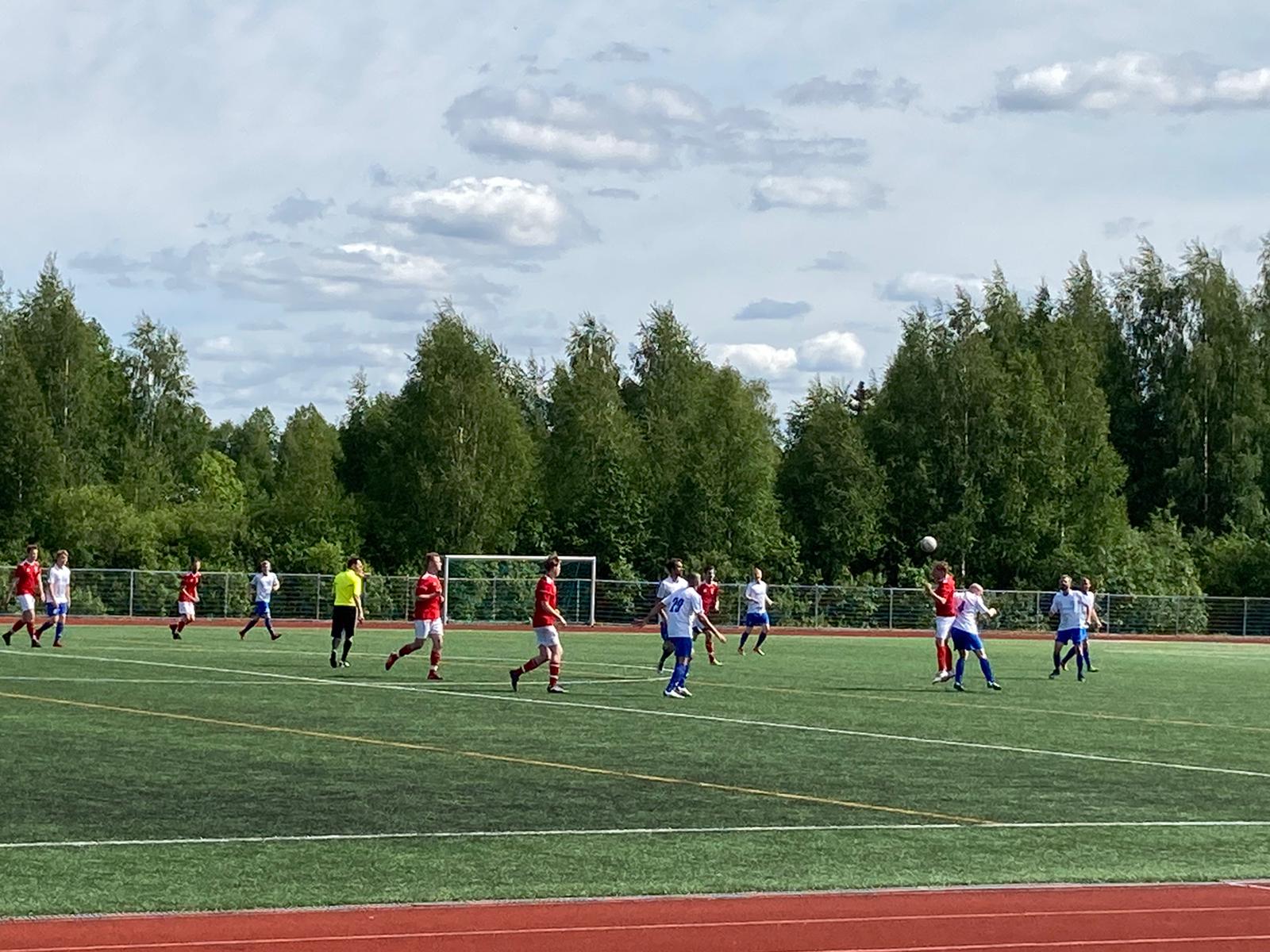 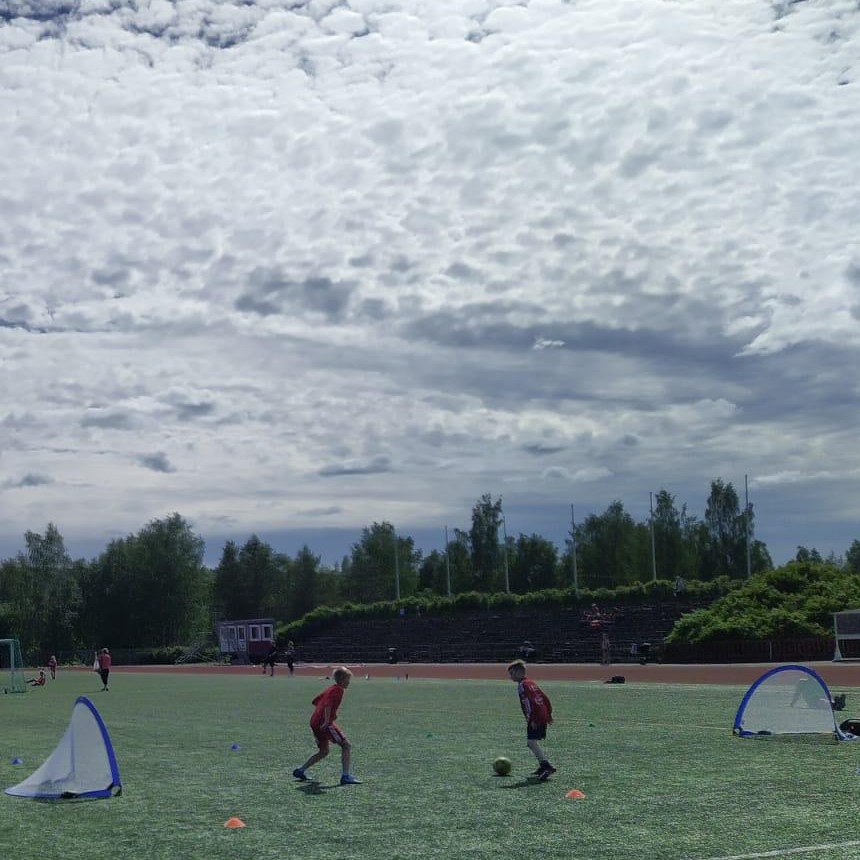 Between the games we offered various competitions on the field, for example a “1v1 nutmeg” game Another competition was the measurement of the players’ shooting speed The shooting speed competition drew quite some attention to the goal Another fun game we offered was futistennis 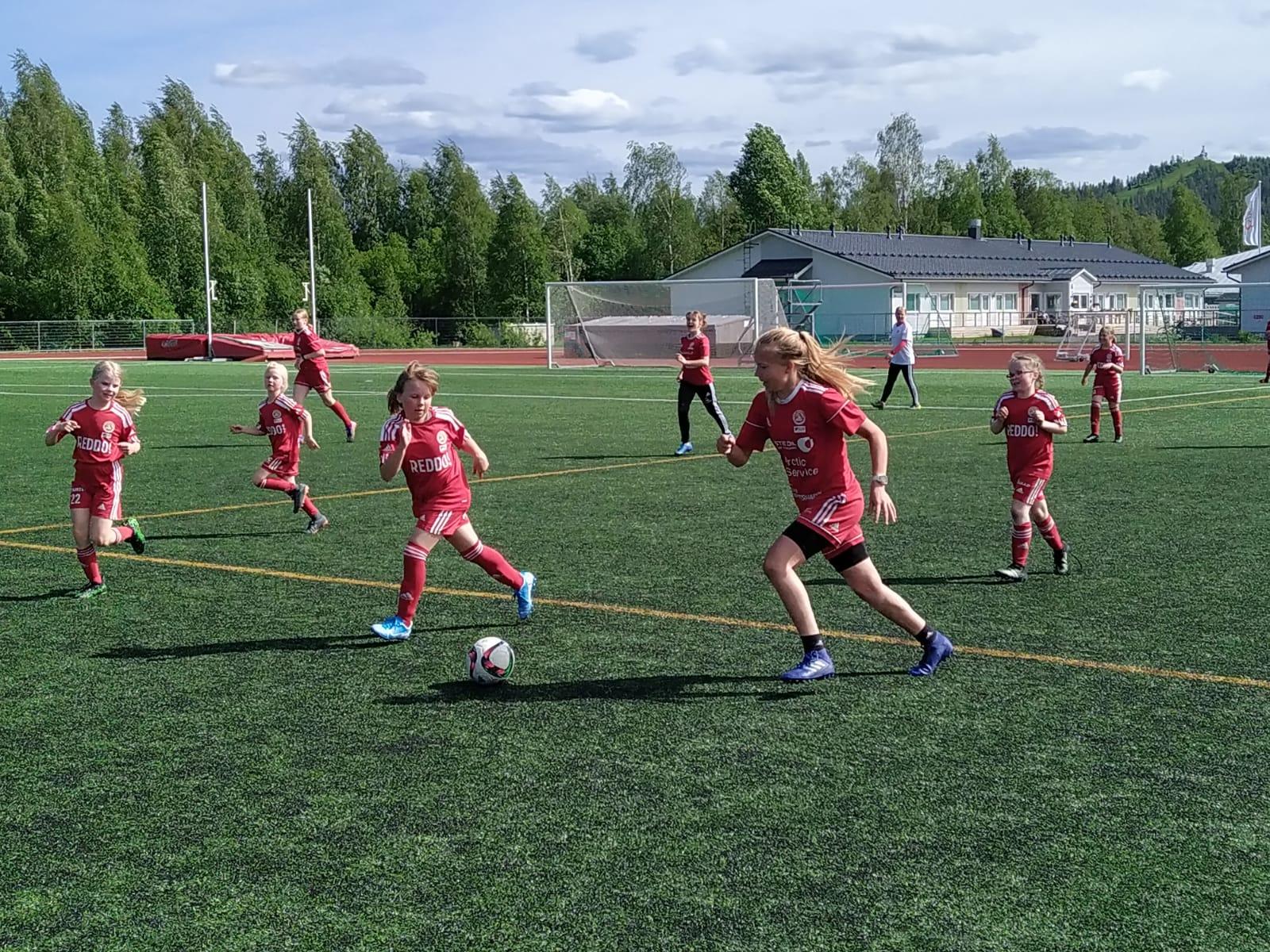 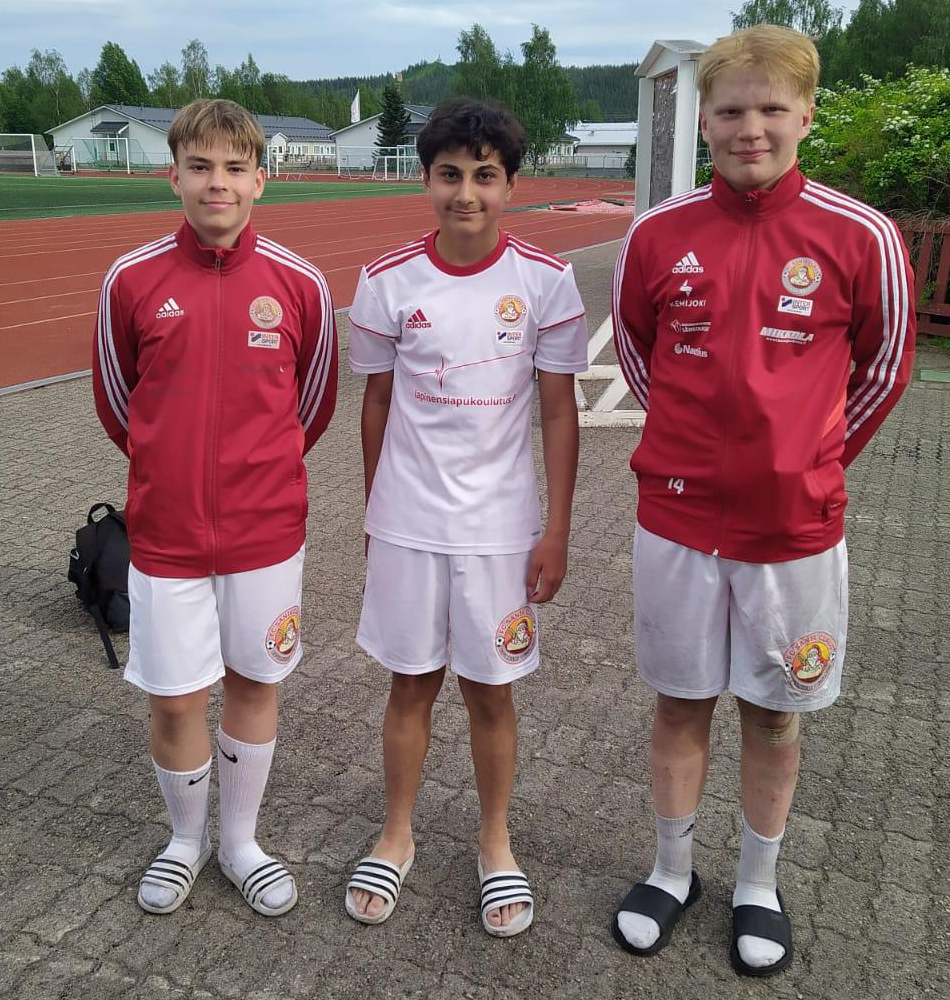 In the second men’s game against SoPa, four of our 2006-born C-juniors were part of the squad. Goalkeeper Leevi and field players Otso, Sedu and Santtu (f.l.t.r). All of them did a great game and showed a lot of potential for the future. Unfortunately, we were counter-attacked badly in this game and lost 1-4 with the 1-3 coming just half a minute after we scored the 1-2. On Sunday, our new women’s 8v8 team, which originated from our rentofutis training group which we only started one year ago, played their first official games in the 8v8 series against RoiU, SirSi, SoPa and KoKo. This is a team photo from shortly before the first game. Notice the livestream camera in the back? 😉 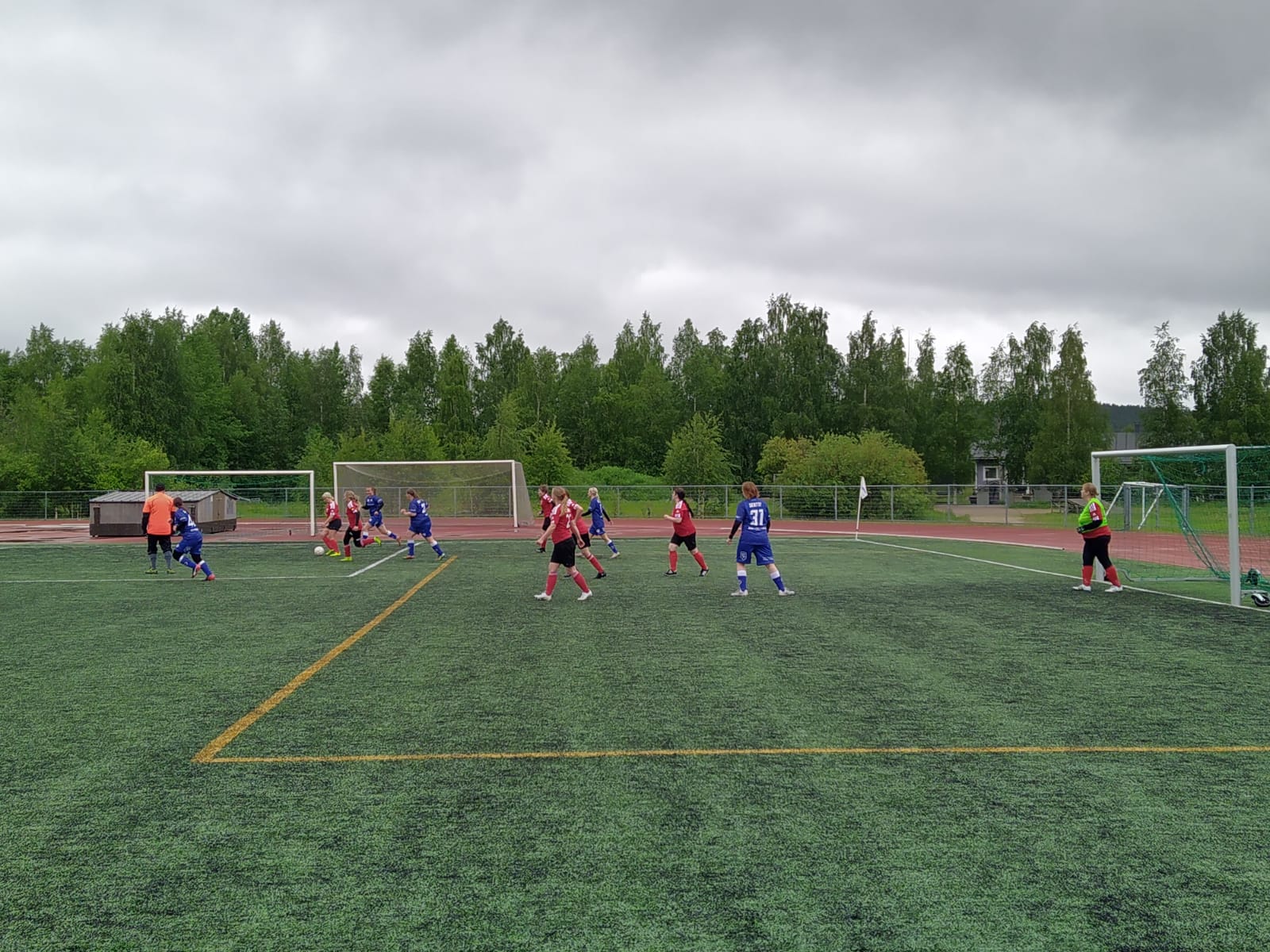 A scene from the game SoPa v FC SCJ/Rentofutis